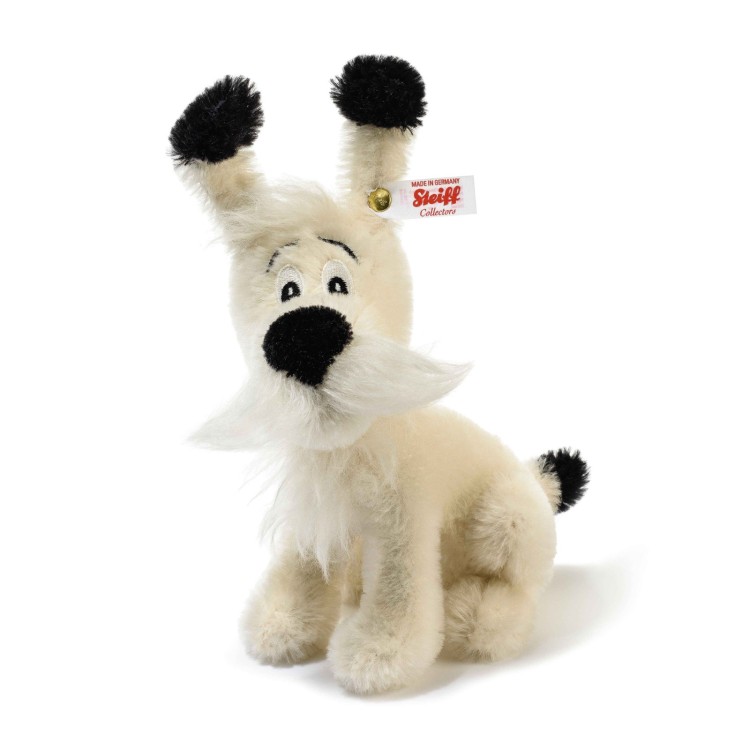 Not available in Germany, UK and Ireland. DOGMATIX, the cute little friend of Obelix has first appeared in the album "Asterix and the Banquet" in 1965. Dogmatix has celebrated in 2015 his 50 Anniversary! He owes his name to a contest in the magazine Pilote (chosen by the authors from among suggestions such as "Patracourcix" or "Papeurdurix"), Dogmatix plays an important part starting with Asterix and Cleopatra, his infallible sixth sense allows him to save our heroes from certain death in a pyramid (true, there are worse places to be entombed, but nonetheless!). He later becomes famous for his environmental concerns which are very much ahead of their time (he can´t bear the thought of anyone harming a tree). And his success seems to know no bounds since Albert Uderzo, who has never disguised his pleasure in drawing Dogmatix, has given him a regular role in the albums for which he writes the scripts. Much to Asterix´s surprise, he even gave Dogmatix the gift of speech in the 2003 story Chanticleerix, which can be found today in the Asterix and the Class Act album.