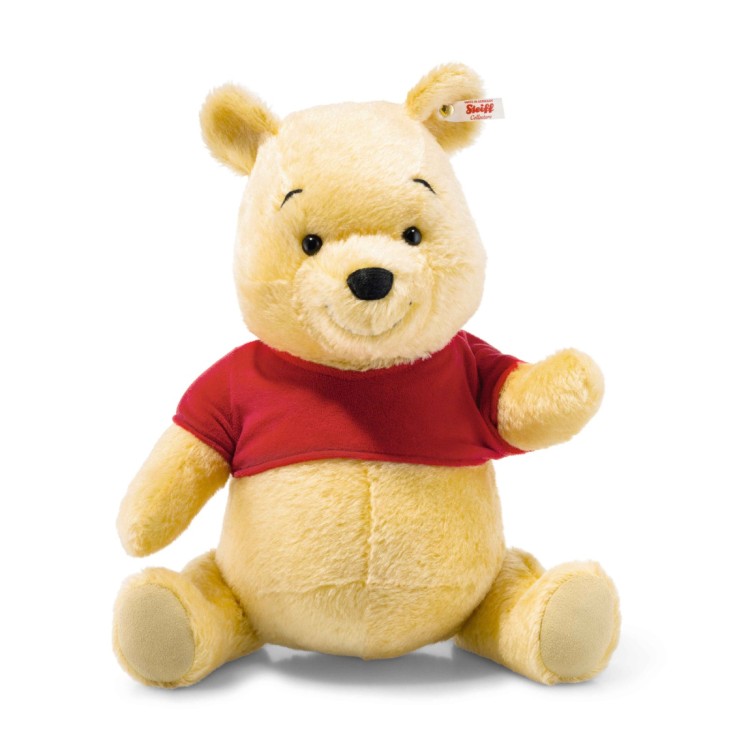 In the early 1960s, Walt Disney was able to acquire the rights to A.A. Milne’s Winnie the Pooh character. Because Walt fondly recalled reading the Pooh stories to his daughters, he was pleased to bring the character into the Disney fold. Under his supervision, Pooh’s design was “modernized” for his first screen appearance in “Winnie the Pooh and the Honey Tree”, a 1966 theatrical short subject. Pooh’s new “look” in this film would become the definitive version of the character for a new generation of fans – those born from the 1960s through today. In celebration of 50 years of the “contemporary” Pooh, we’re pleased to present our first-ever version of the modernized character. Made of yellow mohair and five way jointed, our 1966-look Pooh wears the trademark red shirt popularized in the Disney films and television programs. Celebrate the golden anniversary of the “modern” interpretation of the character beloved by all – no Pooh, Steiff, or Disney collection is complete without it!

©Disney and Based on the "Winnie the Pooh" works by A.A. Milne and E.H. Shepard.