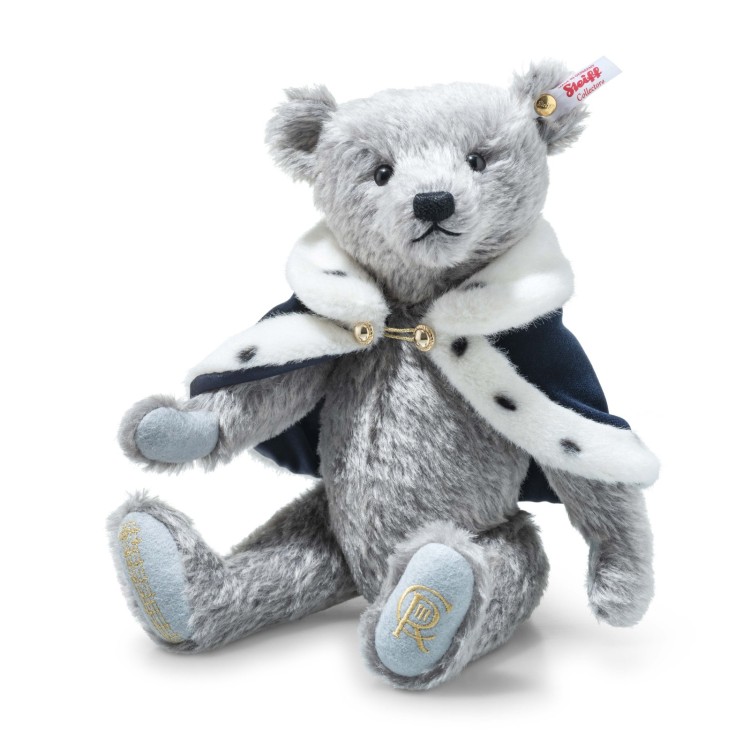 Please note that this is a pre-order item and not available for immediate delivery.

We have an anticipated availability date from July 2023 and we aim to despatch your bear as soon as they are received - customers will receive their bear in purchase date order.

Accession of The King

Following the death of Queen Elizabeth II, a new Sovereign has acceded to The Throne.

King Charles III, formerly known as The Prince of Wales, was born in 1948 and became heir apparent on the accession of Queen Elizabeth II in 1952.

In addition to his official and ceremonial duties in the United Kingdom and overseas as The Prince of Wales, His Majesty has taken a keen and active interest in all areas of public life for decades. The King has been instrumental in establishing more than 20 charities over 40 years, including The Prince’s Trust, The Prince’s Foundation and The Prince of Wales’s Charitable Foundation.

His Majesty has worked closely with many organisations, publicly supporting a wide variety of causes relating to the environment, rural communities, the built environment, the arts, healthcare and education.

This bear embraces the accession of The King and celebrates a new Sovereign. His regal robe adds splendour together with The King’s cypher embroidered on one foot pad and musical notes embroidered on the other. For his heartbeat plays the British National Anthem dating back to the eighteenth century - "God Save the King".

Made of the finest mohair.