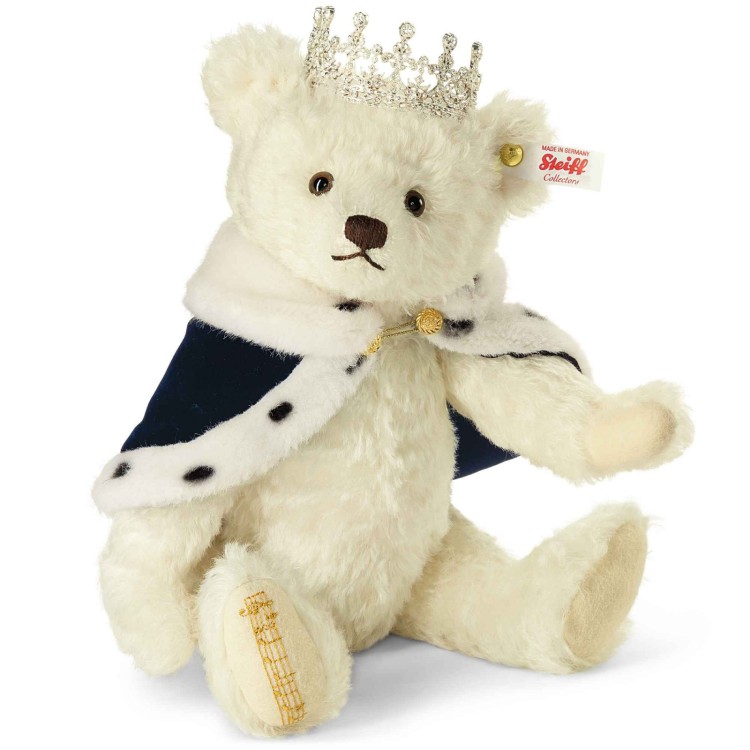 Steiff are pleased to release a further 200 pieces of this item from the vault to celebrate the Queen’s 95th birthday this year.

Her Majesty the Queen is the longest reigning Monarch in British History. A record she breaks held for more than a century by her great-great grandmother, Queen Victoria. To become the longest reigning of the forty-one Kings and Queens of England since the Norman Conquest is unquestionably an historic achievement and one we felt honoured to celebrate. This bear embraces Elizabeth II becoming the longest reigning Monarch in British history and demonstrates how this important event casts in a new light over the British National Anthem´s prayer about a Queen who is "long to reign over us". Her stunning crown and regal coronation robe add splendour to this majestic bear who plays the British National Anthem dating back to the eighteenth century - "God Save the Queen".